I officially started in the OS Test group on Monday, April 1. Appropriately enough for it being April Fools Day, when I moved into my "real boy cube" that morning I found a note saying ‘congrats on the new job, you now report to Joel, signed, HR.' Joel is the brother of Ben (my college roommate who'd brought me into Cray), and was no stranger to pranking my cube - on a number of occasions he's arranged my Beanie Babies into compromising poses. Yes, I decorate my desk with Beanie Babies. I feel your judgement. Anyway, Joel's note made me giggle. 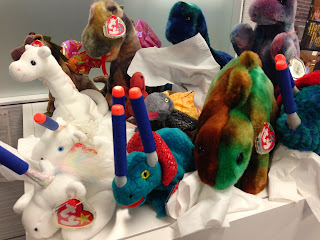 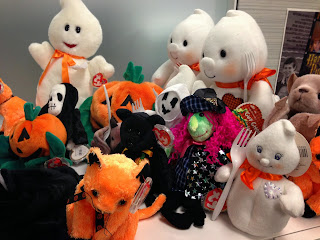 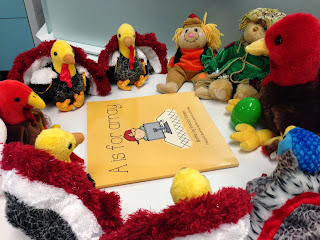 I moved my stuff from my contractor desk to my cube, had my new employee orientation with HR, then Linda (manager) took me out to lunch with Glen, who would serve as my on-boarding mentor. Truth be told at first I was a little disappointed and nervous - Glen has a very strong personality (actually he reminds me a lot of myself from Minnehaha) and I was worried we would clash. But let me say: I was very wrong. Glen's brilliant, and that can be intimidating, but he's also a jokester, and that's something I can latch onto. He's also got really cool stories, about Cray, customer sites, model rockets, and on and on. We get along just fine. Who knows if I've been able to "impress" him at all while I've been here, but I'd go so far as to claim we have some sort of friendship, or at least, a work-friendship.

My first assignment was to write an MPI distributed computing program to calculate prime numbers... in C (a language I haven't touched in over 6 years, since my middle years of college). I stumbled through, but actually turned out a reasonably good program. The point of the exercise was just to get an idea how a customer's application might run on our systems. Glen also taught me about our test suites, though as he pointed out I'm kind of an odd case because I've already worked here for a year, so there wasn't a whole lot in the way of "introductory" information that he needed to cover.

When I started, my coworker John admin'd both of OS Test's internal Crays. With lots of changes happening on the newer system, more and more of John's time was required there; since I'd had 9 or 10 months of admin experience in my previous group, and since I knew I enjoyed that kind of work, I expressed my interest to Linda in helping out, in order to take some of the load off John (in the hopes he could stop working 50 hour weeks every week). This was received well and so in late April I shadowed John on an upgrade day, and then within a week or two the older system kind of became "mine" to admin. Now, I'd chosen the cube literally right next to John's, so he was/is always there to answer questions, it's just that I started to take on most of the responsibility for "my" system's well-being, allowing him to focus on his alone.

In late May, OS Test was allocated another internal Cray, and I happily volunteered to admin it. This new system was very small, so it soon became a running joke in staff meetings that I'd beg Dennis to find more blades for me (or jokingly I'd conspicuously slip someone a dollar bill, to ask Dennis the same). We have fun in our group.

In July, Gina, who had been serving as project coordinator for our group, became my new official manager. It was a numbers thing: Linda simply had too many direct reports, so they needed to split the group.

In late August through September, a "special project" system came around for testing some hardware that was about to ship to a customer, and it had very high visibility, up at least a few levels in the management chain. As Linda phrased it, I "waved my hand" and volunteered myself to admin it, though I didn't realize what I'd be getting myself into. The upside of being on a special project is that you get anything you ask for; remember how I was always begging for extra parts on my small system? On this special project, I got anything I wanted, whether that meant "liberating" some new hardware from manufacturing, or stealing blades out of other important systems. The price paid for this royal treatment, though, is having to deliver, which meant working a lot of evenings and Saturdays, and a lot of pressure to get things done quickly (and correctly). From the get-go, John promised he would mentor me through the process, and he really did; I mean, he made me look good. I learned a ton, and eventually could run mostly independently, but it was his patient teaching that got me there. Dennis and Gina were frequently telling me how impressed they were, because I was always three steps ahead and when the visibility for the project goes all the way up to the VPs, it's nice to be able to say "I'm waiting on so-and-so", rather than "I'm the hold-up". One day about mid-way through the project, my boss's boss came by my cube to personally thank me for the work I'd done. The project leader, Joe, also came by a few times to thank me, and at the end of the testing, brought me a six-bottle-pack of some classy-looking beer as a thank you for all the weekends and extra hours. (I didn't have the heart to tell him I don't drink beer, so I graciously accepted and gave it away to other coworkers who do). I was touched. He didn't have to do that. And again what it boils down to is: John helped make me look good.

Before I was officially hired at Cray, friends/family would ask me if I got offered a job, if I'd take it. My answer had been "yeah, probably, because it's a good place for me to be right now. Is it my dream job? No, but it's a good job, and one from which I can see myself supporting a family, which is my dream."

My answer has changed now, in large part due to the new group I'm in. I get to wake up every day, and genuinely look forward to going in to work. I get to work with people I like and enjoy being around. My team of managers (Gina, Linda, Dennis) have a true camaraderie that makes them wonderful to work for. And in a small way, I am humbled to get to help change the world: researchers are using Crays to find cures for currently incurable diseases, and I get to be a small part of that large process. Finally, I get to have fun and enjoy what I'm doing; life's too short to spend 40 or more hours a week doing something you hate. How many people in general, and then how many people my age, get to say all of these things? I'm very lucky.
Posted by Jeremy Gustafson at 2:18 PM

Email ThisBlogThis!Share to TwitterShare to FacebookShare to Pinterest
Labels: Cray