My Dad gave me one of his old computers tonight - the hard drive was toast and needed to be replaced, though other than that, a perfectly operational 17" Intel iMac. Sweet.

Some quick price-comparing on internal 2TB hard drives yielded comparable results between Micro Center and Newegg, so I ordered on Micro Center's site and selected in-store pickup. Literally 5 minutes later I received an email saying my hard drive was ready to be picked up.

When I got home I started disassembling the iMac using these instructions from iFixit. Half-way in I discovered I lacked two of the important screw-drivers: T6 and T8 Torx. Shoot.

Never fear, Dad (as always), is here! Well, not literally, he wasn't at *my* house, but I called and asked if he had those tools; of course he did - Dad has everything. And a Spudger. I'd never heard of that either, but he had one.

So, a couple hours later (I'm sure the pros are MUCH faster, but this was my first significant take-apart, so I'm cutting myself some slack) the iMac had a new hard drive, and I had 0 parts leftover after reassembly! Even better, the machine still starts up!

Here are some photos from my adventure. 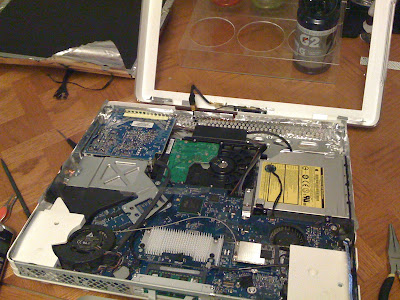 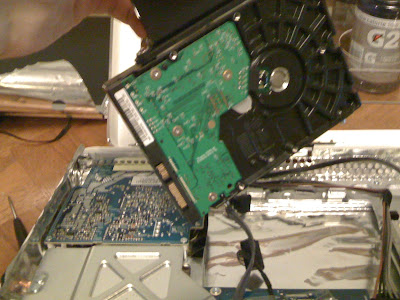 Posted by Jeremy Gustafson at 11:10 PM