Tomorrow's the last day. My flight leaves at 15:00. I'll need to skid-addle before the lunchtime speaker is even done. Which is a shame, because I'm pretty sure he's going to be awesome. Not sure I can say his name, but... he was the second human ever to walk on the moon.

Each year a WWDC becomes more valuable to me. Since I actually wrote an app last summer, and with all the scripting I've done on my servers at work, the lessons-to-be-learned here become more and more applicable, and lab times to meet with Apple Engineers more useful. Got a bunch of questions answered yesterday about deploying Lion in my school and what that'll look like. And today, just for fun, got to shake the hand of one of the guys on the Speech team - the folks who make OS X's "Alex" one of, if not the, best computer voice out there. It was an honor.

I’m learning so much. About OS X, iOS, web apps, and even learning about WWDC and how to get the most out of it. Met some good people. Even another guy from MN!

Started re-working my app with the new Xcode beta seeded Monday. Put iOS 5 on my iPad - there are a couple noticeably very-awesome features. Which are NDA so I can’t talk about them. But they’re awesome.

Had a great evening hanging out with my friend Lisa yesterday, and she issued me a standing invitation to crash at their house anytime I'm in SF. I plan on taking her up on that.

Tonight was the annual Beer Bash. Michael Franti & Spearhead performed. They were good, I enjoyed the concert. Food was good, too. (can't comment on the beer - I hate beer) 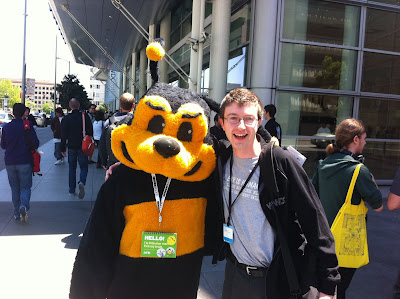 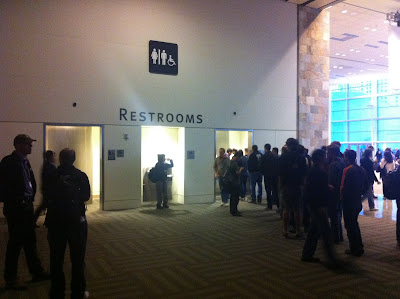 Only at WWDC. The line for the men's bathroom. (while the women walk right on in) 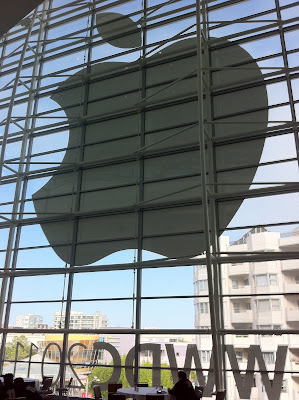